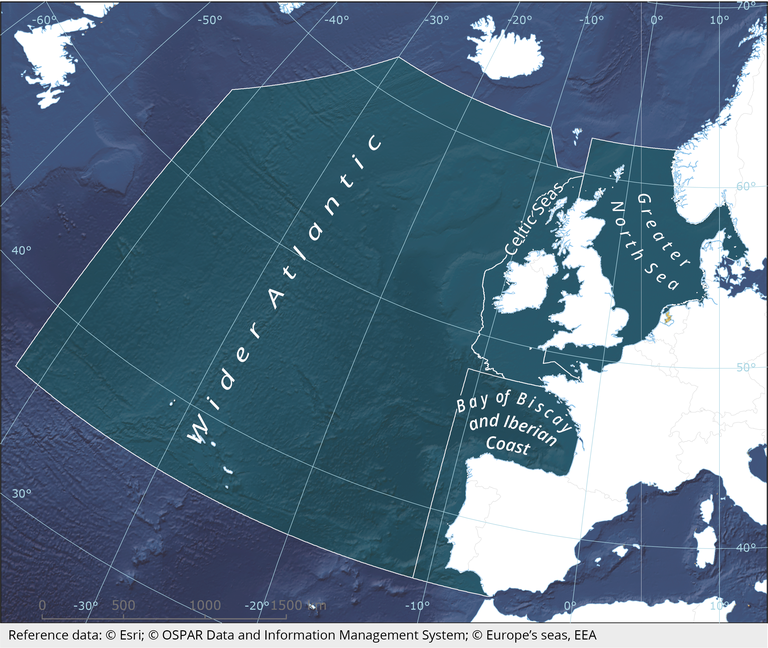 OSPAR’s main objective is to prevent and eliminate pollution and protect the marine environment from the adverse effects of human activities, while promoting the sustainable use of its goods and services.

The OSPAR Convention is the legal instrument guiding international cooperation on the protection of the marine environment of the North-East Atlantic (NEA).
The activities and work under the Convention are managed by the OSPAR Commission, which is composed of fifteen Governments and the European Commission, on behalf of the European Union.
OSPAR Commission is a Regional Sea Convention which aims to cooperate towards the protection of the NEA marine environment and the sustainable use of its resources. OSPAR started with the Oslo and Paris Conventions of 1972 and 1974 respectively, aiming at combatting dumping at sea, and, 2 years later, it integrated land-based sources of pollution and offshore industry. Both Conventions were later unified and up-dated to become the 1992 OSPAR Convention, which was then extended, in 1998, to cover biodiversity and ecosystems and non-polluting human activities that may adversely affect the sea.
OSPAR’s main objective is to prevent and eliminate pollution and protect the marine environment from the adverse effects of human activities, while promoting the sustainable use of its goods and services. The Ecosystem Approach is the overarching principle reflected in the 2010-2020 North-East Atlantic Environment Strategy (NEAES), alongside with the Precautionary Principle and polluter-pays principle. OSPAR’s vision is of a “clean, healthy and biologically diverse North-East Atlantic Ocean, used sustainably” and Contracting Parties apply Best Available Techniques and Best Environmental Practices in their activities.
OSPAR’s guiding principles underpin the sustainable use of the marine environment, which requires a sound coordination amongst Contracting Parties, but also with other international organisations, using science-based evidence wherever possible. In that regard, the Memoranda of Understanding that OSPAR signed with other organisations (International Maritime Organisation, International Seabed Authority, inter alia) are of utmost relevance, alongside with the Collective Arrangement adopted in 2014 with North East Atlantic Fisheries Commission (NEAFC), the regional fisheries management organisation competent for regulating fisheries in the same geographical area.
For Contracting Parties that are Member States of the European Union, OSPAR provides a regional context for coordinated implementation of the EU Marine Strategy Framework Directive (MSFD).
OSPAR includes Arctic waters in its area and can therefore contribute to the protection of the unique and increasingly threatened Arctic marine environment.