Substances of environmental concern are those that cause high risk to both the environment and human health. Very persistent substances may accumulate in the environment and man-made materials to levels harmful to human health and natural resources. Certain toxic effects (e.g. those occurring at low concentrations or after long periods of low-grade exposure) may only be identified after many years, by which time rising concentrations/levels could have already occurred and prove irreversible.
(Milieu Ltd et al., 2017)

The chemical industry is an essential pillar of economic activities shaping modern-age society, since the technological development of our society is often closely related to invention or discovery and registration of new chemical substances. Over a single decade (2005-2015), the number of substances added to the official registry has grown from approximately 25 million to > 100 million substances (CAS, 2015). Chemicals production increased 57-fold between 1950 to 2000 and is expected to double every 25 years (Milieu Ltd et al., 2017; Wilson et al., 2008; Wilson and Schwarzman, 2009). Globally, it is estimated that more than 150.000 substances are in commercial use with potentially several thousand added every year (EEA, 2018a; EEA, 2018b).

The widespread commercial use of toxic and persistent substances in the past caused several long-term challenges. Two examples are organotins (e.g. tributyltin (TBT) and polybrominated diphenyl ethers (PBDEs)). Organotins have been used in biocides, e.g. antifouling paints, while PBDEs have been mainly used as flame retardants in textiles, plastics, electronic products and construction materials (OSPAR, 2018d). The use of these chemicals has been heavily restricted but, owing to persistence in the environment, they continue to present challenges to environmental quality (EEA, 2018a; EEA, 2018b). The contamination of natural resources has severe economic consequences, ranging from the extremely high costs of remediation to removal of natural resources such as drinking water, soil, land and fish stocks from productive use.

The contaminants can enter the Europe's seas from a wide range of sources and pathways: 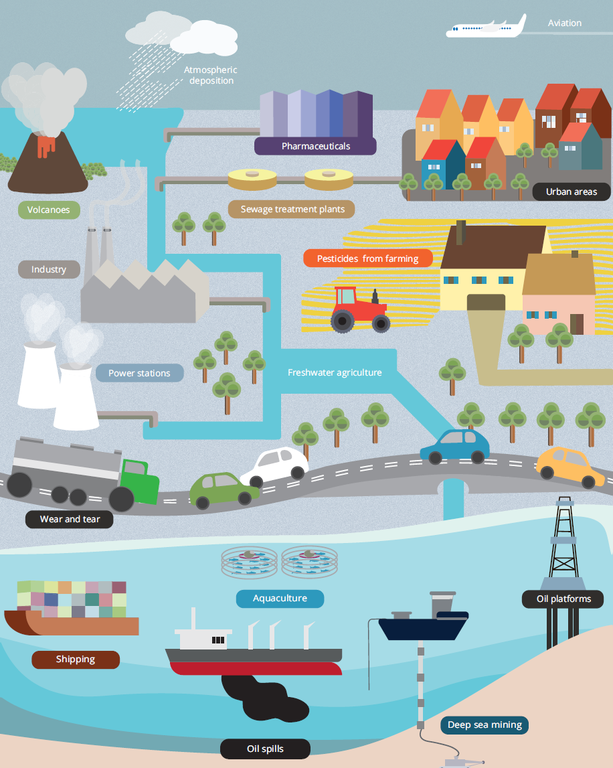 Figure 1: Sources of contaminants in the marine environment (EEA, 2018a)

Under the Water Framework Directive, the main sources/activities leading to failure of good chemical status in coastal waters are atmospheric deposition and discharges from urban wastewater treatment plants on the coast or further in the catchment area (EEA, 2018a; EEA, 2018b). Diffuse discharges originating from land-fills, waste stacks, polluted sediments or industrial activities can, however, be significant sources (Helsinki Commission, 2010).

The inputs from urban wastewater treatment plants lead to contamination by PAHs, mercury, cadmium, lead and nickel as well as a number of pharmaceuticals. Significant levels of some priority substances have built up from historical use, and this legacy pollution may persist long after polluted discharges and inputs have ended (EEA, 2018a).

The burning of fossil fuels and waste leads to the emission of some hazardous substances, which can travel a long way through the atmosphere before being deposited in water. Pesticides used in agriculture have been widely detected in groundwater and surface water. Mining can exert locally significant pressure on the chemical quality of water resources in parts of Europe, particularly with respect to the discharge of heavy metals. Landfill sites and contaminated land from historical industrial and military activities can be a source of pollution of the aquatic environment. Shipping, harbour and port activities, and aquaculture can also lead to the emission of a variety of chemical pollutants (ETC ICM, 2019).

In relation to 'Contaminants', the Marine Strategy Framework Directive considers that 'good environmental status' is achieved when 'Concentrations of contaminants are at levels not giving rise to pollution effects (EC, 2008, 2017)'.

In the North-East Atlantic, the OSPAR countries have made significant efforts to reduce discharges, emissions, and losses of contaminants to both air and water. The effect of these efforts is visible in reduced inputs to the Greater North Sea. The observed decreases in contaminant release from land-based sources and the offshore oil and gas industry show the continued progress since the last OSPAR Quality Status Report. However, no changes have been detected in the amounts of dumped dredged material and associated contaminant loads to the OSPAR Maritime Area since the QSR 2010. Concerns remain in some localised areas with respect to high levels of mercury, lead, and CB118 (one of the most toxic PCB congeners) and locally increasing concentrations of PAHs and cadmium in open waters (OSPAR Commission, 2017).

The marine environment of the Baltic Sea is susceptible to pollution by hazardous substances. Natural features, such as water residence times of around 30 years, shallowness, and the large catchment area, predisposes the Baltic Sea to the accumulation and effects of hazardous substances. Substances in the Baltic Sea are defined as hazardous by HELCOM if they are (i) toxic, persistent and bioaccumulate or very persistent and very bioaccumulating, or (ii) have effects on hormone and immune systems in marine organisms, or (iii) certain radionuclides. The main sources of pollution include waste water treatment plants, leaching from household materials, leaching from waste deposits, and atmospheric deposition from industrial plant emissions. The pressure on the marine environment from contaminants is high in all parts of the Baltic Sea. The ecosystem remains impacted by hazardous substances. Mercury, polybrominated diphenyl ethers, and the radioactive isotope cesium-137 show particularly high contamination scores in the integrated assessment. (HELCOM, 2018).

The Black Sea is a semi-enclosed sea, surrounded by many industrialized countries, with important shipping routes, various fisheries and touristic areas. Numerous large rivers discharge into the Black Sea, including the second, third and fourth longest rivers in Europe that s transport large amounts of natural and anthropogenic debris from in-land sources. Resutls of model assessment of atmospheric transport and deposition of selected heavy metals and POPs, namely, Cd, Pb, Hg, and benzo(a)pyrene (B(a)P) is presented by country (BSC, 2019).

The main land-based sources (LBS) of contaminants in the Mediterranean are both, treated or non-treated wastewater discharges that represent a major input; land based run-off and atmospheric deposition (wet/dry deposition and diffusive transport) are also major contributors. The sea-based, direct sources are maritime and industrial activities, such as shipping, fishing, oil refining oil and gas exploration and exploitation; they also have potential for acute pollution events. Additional example are small recreational marinas and small and large commercial ports that have created a number of pressures in terms of chemical pollution. Overall, there are still old threats and new pressures, although the trends and levels of the so-called legacy pollutants (e.g. heavy metals, persistent organic pollutants and pesticides), have decreased significantly after the implementation of environmental measures (e.g. leaded-fuels ban, mercury regulations, anti-fouling paints ban) in the Western Mediterranean Sea (UNEP MAP, 2017).

Descriptor 8: Concentrations of contaminants give no effects

Contaminants are at a level not giving rise to pollution effects

Descriptor 9: Contaminants in seafood are below safe levels