Fishing is a widespread practice in Europe’s seas. It provides a high-protein, low-fat food that is increasingly demanded by European citizens, and is also an economic sector that generated more than half a million jobs in 2018.

Fishing has also a high impact on the marine environment, including the overexploitation of targeted species, physical disturbance of seabed habitats, by-catch and impacts on the structure and functioning of the marine ecosystem.

In relation to 'Commercially exploited fish and shellfish', the Marine Strategy Framework Directive considers that 'good environmental status' is achieved when ‘Populations of all commercially exploited fish and shellfish are within safe biological limits, exhibiting a population age and size distribution that is indicative of a healthy stock (EC, 2008, 2017)'.

Condition of the populations of commercially exploited fish and shellfish

The fishing mortality rates (i.e. fishing pressure), reproductive capacities (i.e. spawning stock biomass) and the age/size distribution of all commercially exploited populations across all EU marine regions need to be compatible with having population biomass levels that are above those capable of producing Maximum Sustainable Yield (MSY) by 2020 as part of fulfilling the objective of the Common Fisheries Policy and the Marine Strategy Framework Directive ‘good environmental status’ (GES) for descriptor 3 on ‘commercially exploited fish and shellfish’. However, 44.8 % of the assessed stocks do not meet either the fishing mortality rate or the SSB thresholds, although there are significant differences between regions. It should be noted that it is only possible to assess 10.5 % of the exploited stocks against both of the criteria, and 39.3 % against at least one of them (Table 1; EEA, 2020). 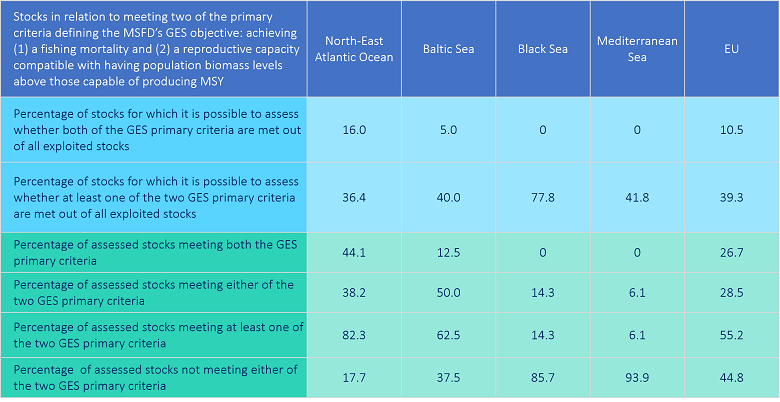 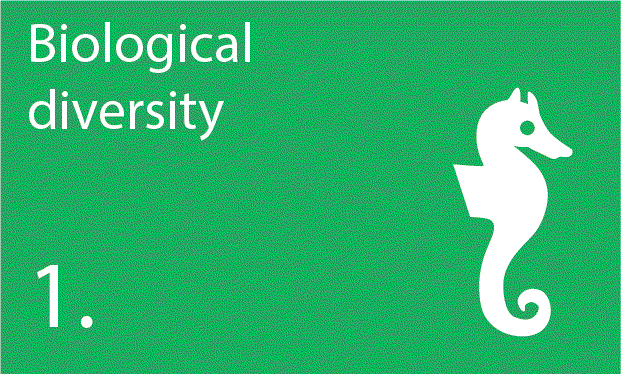 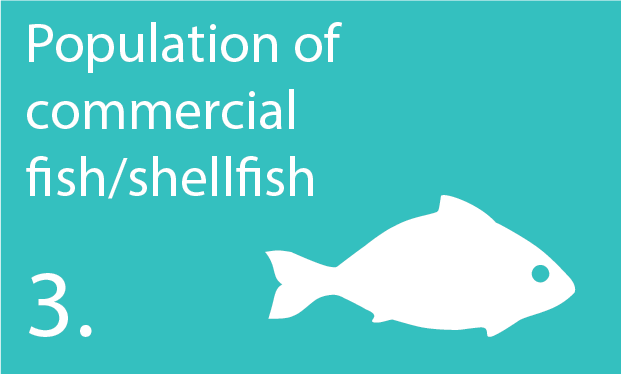 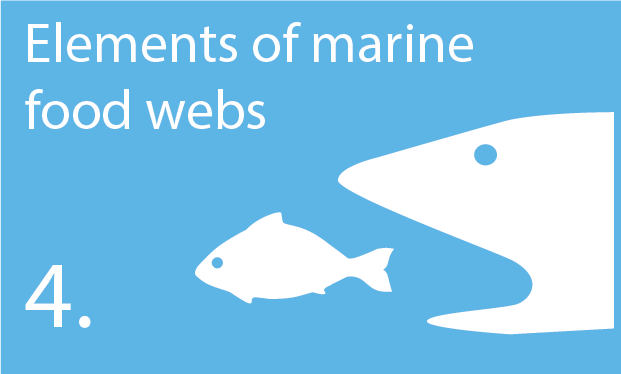 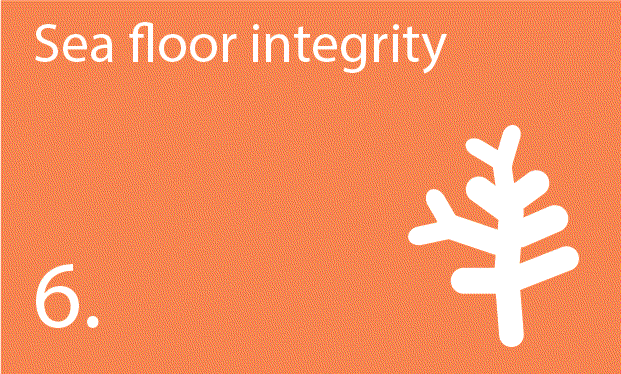