WISE-Marine provides access to information and data on the state of Europe’s seas, on the pressures affecting them, and on the actions being taken to protect and conserve the marine environment. This information is collected at the European level through implementation and reporting for the EU Marine Strategy Framework Directive (MSFD, Directive 2008/56/EC), aas well as from other European legislation and initiatives that are relevant for the marine environment.

The WISE-Marine platform is a partnership between the European Commission and the European Environment Agency (EEA).

It relies on EU Member States’ reported information and provides a window to display their reports at national, regional and European levels. WISE-Marine has also contributions from other stakeholders involved in the MSFD Common Implementation Strategy, and counts on collaboration with Regional Sea Conventions, as well as other partners and platforms/infrastructures that are involved in marine data collection and sharing in Europe. 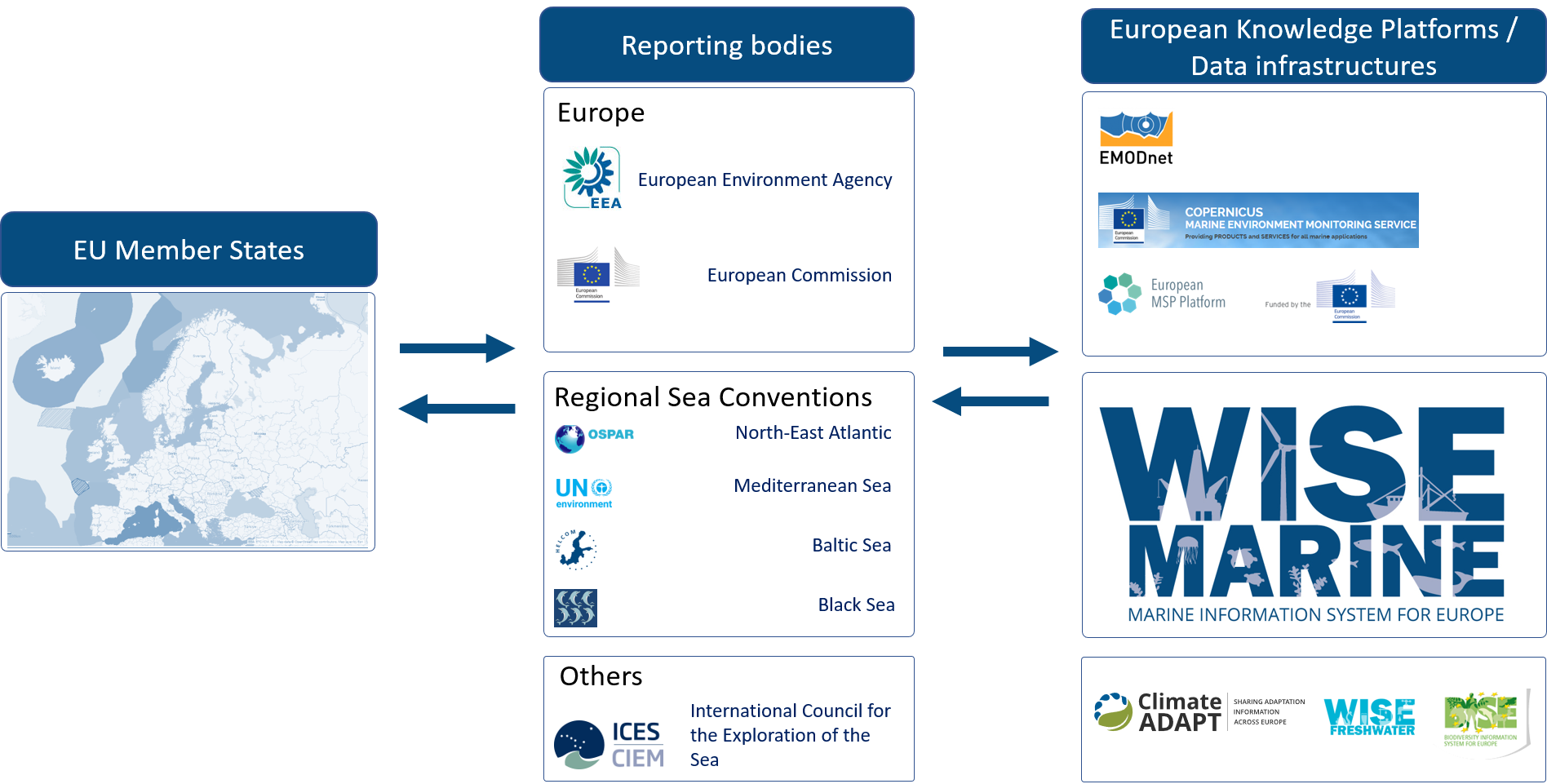